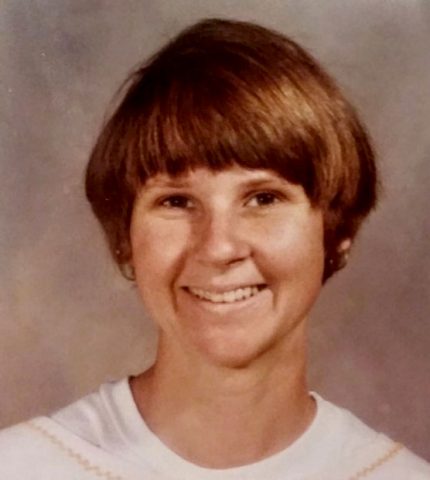 On April 4, 2022, our beloved mother, Diana Lee Lindstrom reached the end of her long journey with Alzheimer’s disease and entered her heavenly home where her husband, Doug was waiting to embrace her. Diana was the youngest of three children born to Charlie and Lila Hanger in San Diego, California. While an honor roll student and cheerleader at El Capitan High School, she met Doug and they were married shortly after Diana graduated. Their lives were changed forever when they were baptized into Christ which led them to relocate to Susanville in 1972. Diana was a faithful member of the Church of Christ for over 50 years.

Although Diana was shy and quiet in many contexts, she had boundless energy and a love for animals and children. On any given day, Diana could be found entertaining her four daughters and their friends with crafts, baking, gardening, and all kinds of exciting activities, including leading an expedition of Campfire girls in constructing a segment of the Pacific Crest Trail. As the girls grew up, she coached, managed, refereed, and chauffeured them to countless sporting events including swim team, soccer, bobby sox, basketball, skiing, ice skating, gymnastics, and dance. Just to make sure the girls were well-rounded; she took them to see live theater in Ashland & Reno and arranged for weekly piano lessons. Diana loved to sew, and not only made the girl’s clothing, but designed and created fabulous costumes for fashion shows, dance and theater productions, and gowns for weddings and other special occasions.

While raising her children, Diana also volunteered in the classroom, and eventually became the librarian at McKinley Elementary School. She took classes one by one at Lassen College, earning enough credits to transfer to Chico State University. Diana commuted many long hours to complete her degree and teaching credential by the time her youngest had graduated from high school. Diana became a beloved K-2 teacher and reading specialist who helped hundreds of Susanville children not only learn to read but learn to LOVE reading.

Diana unconditionally loved her family and friends. Throughout their 54 year marriage, the Lindstrom home was a refuge to many. Not only did Doug and Diana take in young college students, friends in transition, traveling sport coaches and book salesmen; they filled any remaining space with rescued kitties and puppies. She diligently cared for her own parents throughout their lives, and even donated one of her kidneys to a close friend.

When Diana began to show signs of dementia, she retired early from teaching. However, she continued to give of herself for as long as possible. She taught at Sunday School and Bible Camp, volunteered at her grandchildren’s school, and provided many of the same experiences for her grandchildren that she did for her daughters. She hosted Ladies’ Bible Classes and Caps for Cancer knitting sessions, and worked to support Loaves & Fishes, Blood Drives, and the Humane Society.

Shortly before Doug passed away in 2018, her friend Mary called with news of a rescue puppy who would be perfect therapy for Diana. Doug brought home Skittles who became her constant companion. Diana spent her last three years in San Jose in the care of her daughter Dena and family. Her days were spent taking Skittles for walks, long drives, and looking for Doug. Though we are saddened by the loss of our mom, we are comforted knowing that she is finally at peace.