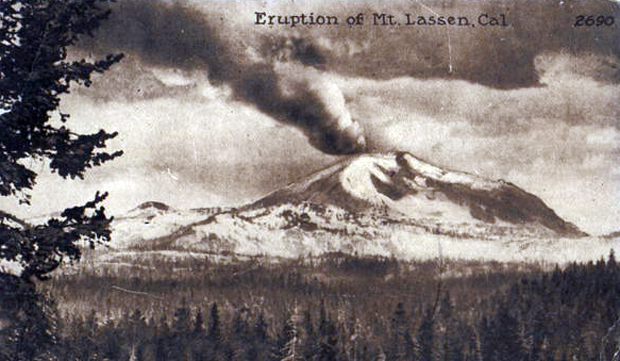 Slight earthquake shocks have been so continuous at Susanville in the Sierra Nevadas that the people have become accustomed to the constant trembling of the earth that they pay no attention to it.

Susanville lies on a high mountain-walled valley directly east of Lassen Butte, an extinct volcano 10,600 feet high. From its summit no less than forty extinct craters can be seen.

Cinder Cone, which rises 600 feet above the level of the plateau, was in eruption in 1850. Two prospectors visited it, and they found Lake Salfatra, eight miles south of Cinder Cone, a center of volcanic forces.

The lake was a mass of boiling water and mud, and from it vast columns of flames shot up at intervals. Timber in the vicinity was on fire.

Within two years there has seemed renewed activity in the internal fire, and the present shocks point to the possibility of another great volcanic outburst which will find vent through some of the craters.