Phyllis “JoAnn” Uptegrove 94, passed away on Friday, May 13, 2022, peacefully at her home in Susanville, California. JoAnn was born August 27, 1927, to George Elledge and Mayda Koken Elledge in Standish, California and was a lifelong resident of Lassen County. She grew up in Standish and began attending the one-room Standish grammar school by following her older brother Denny to school before she was old enough to attend herself. The teacher allowed her to stay in class and would give her small assignments to work on. Once old enough, she often rode her horse to school. After eighth grade, JoAnn attended Lassen High School graduating in 1944 at the age of sixteen.

After high school, JoAnn moved to San Francisco and attended UC Berkeley where she received her degree in Geological Engineering. Afterward she went to work for Standard Oil Company. She returned home to Standish when her father George became sick. After his passing, she stayed home to help with the family ranch.

She married her husband Joseph Richard “Dick” Uptegrove in March of 1961 in Susanville where they raised a son and two daughters. JoAnn was a wonderful homemaker and accomplished seamstress. In addition to sewing clothes for her family, she altered numerous wedding, bridesmaid and prom dresses and was known for the many garters she made for all these events. She enjoyed many different types of embroidery, including tatting, cross-stitch, pull-thread and whitework. She made countless quilts and blankets for friends and family along with knitting hats and scarves, many of which she donated to various charities. She always had a needle and thread in hand. JoAnn also enjoyed outdoor gardening, reading novels, puzzles, and spending time at the family cabin that she and her husband built at Eagle Lake. She was not however a big fan of cutting firewood, an annual family event.

JoAnn was most known for her kindness and generosity, helping anyone who was in need. She enjoyed entertaining by having friends and family over for summer barbeques and hosting holiday dinners. If she knew of anyone who did not have a place to go for Christmas dinner, they would find themselves at her table. She enjoyed telling stories about her childhood and sharing family history.

JoAnn was preceded in death by her parents, her brother Denny Elledge, her husband Dick Uptegrove and her daughter Janet (Sam) Porter. She is survived by her son James (Mavrey) Uptegrove of Susanville CA; daughter Joan (Ed) Brehm of Encinitas CA; three nieces, one nephew, nine grandchildren and eight great-grandchildren.

In lieu of flowers, the family requests donations be made to the Lassen High School Alumni Association. Per her request, a private family gathering will be held at a later date. 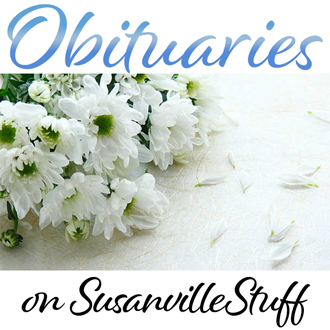 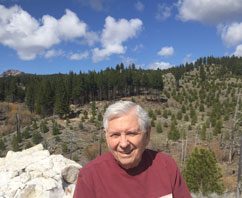 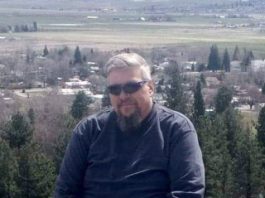 ABOUT US
Contact us: submissions@susanvillestuff.com
© Copyright 2022 Couso Technology and Design
Go to mobile version
X