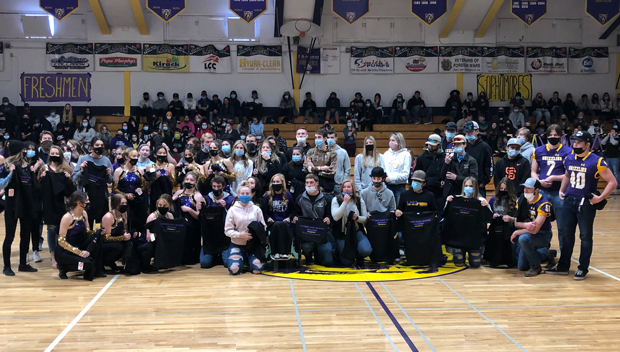 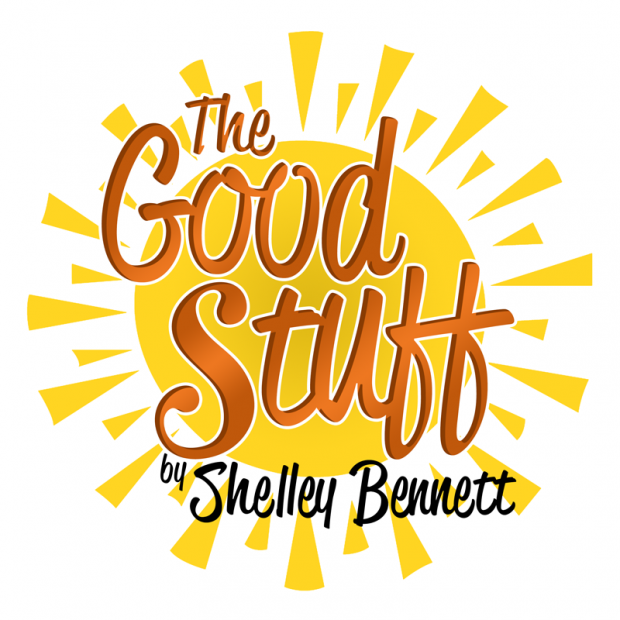 So much “good stuff” happening at Lassen High School last week! ASB hosted a week of recognition, which included our year’s first assembly.

The assembly was held last Thursday and Friday to accommodate our A/B schedule. Students walked through the inflatable football tunnel into the gym to the beat of our drum line, directed by music teacher Ben Wade.

More music, purple and gold décor, and ASB greeters awaited the students inside. The bleachers were marked to help with social distancing and there was a positive vibe in the air.

MC Reegan Floyd kicked off the assembly by introducing the Class of 2024 to the traditional roll call. Even though there was only half of the usually attendees, the students filled the space with loud cheers when it was their time to be counted “here.”

CPT Rachel Vincent, Commandant of the Cadet Corps, introduced the Color Guard, who presented our flags with precision. Students respectfully stood and said the pledge when it was initiated.

Then Coach Jason McCloskey led the Varsity Football team though their traditional pride drill. Again, clapping and cheers were in abundance as the players, in purple and gold jerseys, worked their way through a choreography of push-ups and agility drills.

Next up, the LHS Cheerleaders took the floor accompanied by solo drummer Andrew Hatwig. Their routine to was an energetic and clean
Our Grizzliettes performed a drill team classic, “Rollercoaster” that was a crowd favorite with their synchronized high kicks and jump splits. Captain Alice Li commented that it was one of the best performances in her four years of being on the team.

Drum line was featured again with a routine that highlighted each participant’s area of expertise. Christy Nelson’s riff on the cymbals drew loud applause.

ASB students introduced a relay game that featured basketball dribbling, hand sanitizing, and three-leg racing. It was very competitive with students and staff both competing for bragging rights, and the seniors winning the contest on both days.

Reegan then read the names of all seniors who are active in sports, clubs, and other activities such as drama and music and the floor began to fill with students from all areas and interests. Each student received a t-shirt.

Drill Team and Cheer led the crowd in singing the school song, “Loyal and True.”

The assembly was capped off with a student/staff tug-of-war, and despite the valiant efforts of Mr. Reger, Mr. Ernaga, Mr. Blackburn, Mrs. McCloskey, Mr. McCloskey, Mrs. Runyan, and Mr. Stiles, the students walked off with a victory. A chant of “We Are Lassen” echoed around the gym and students streamed out the doors to lunch with smiles on their faces.

As ASB advisor, Rachel Stewart, said, “It was amazing to finally see the kids have some normalcy. The energy in the gym was electric. You could feel the LHS pride.” Most teachers I spoke with agreed that it was an emotional day for us. We have all been on this rollercoaster of a year and it was nice to sit back and enjoy the ride.

As promised, here is a sneak peak at Lassen High’s sports schedules. Of course, it is subject to change.

Cross Country hosts the last meet of the year tomorrow at Ranch Park, Field Hockey opens up at Chico High School this Friday 3/5, and Football’s first contest is scheduled for 3/13. Drill Team will submit their entry to USA’s virtual competition on 3/10, boys and girls Golf and boys and girls Soccer will begin on 3/16, and we are hopeful that Baseball, Softball, and Track will start in April. 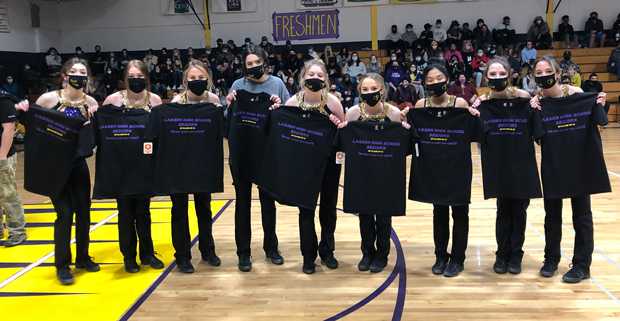 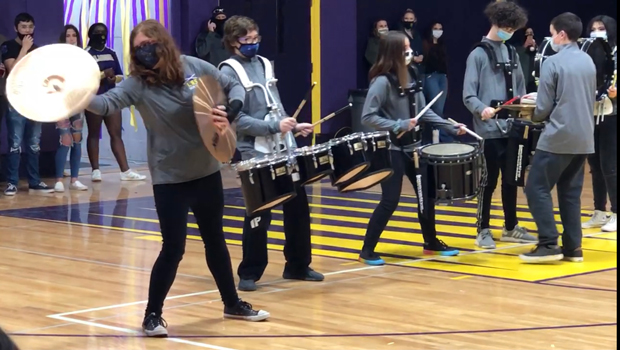 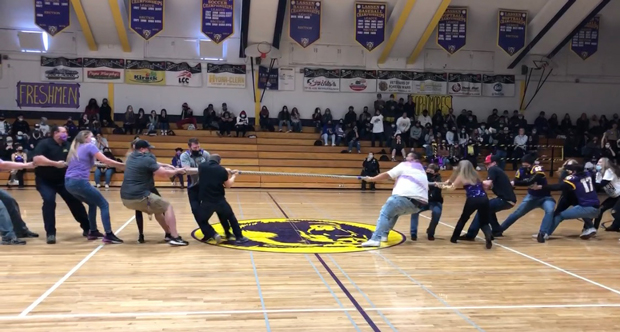