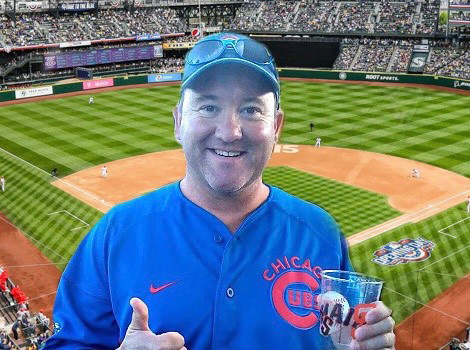 Bill grew up active in the Susanville community, and loved the many friends he made throughout the years.  He was a natural baseball player, playing throughout his childhood in Susanville Little League.  Then becoming a star pitcher and infielder for the Lassen High School Baseball team.  Bill loved the outdoors and could not wait to receive his annual hunting tags or get out to the many fishing areas in Lassen County.

Bill’s greatest pride came in 1989 with the birth of his first son, Kyle Robert Whitcome.  Then following in 1992, with the birth of his second son, Jordan William Whitcome.  He was active as a baseball coach with Susanville Little League, from coaching the boys in T-Ball to Majors.  He had so much pride watching Jordan take the mound as a pitcher, just like his dad.  Bill could always be heard expressing his pride in the boys.  He was able to watch Kyle receive his Electrical Engineering degree from UNR and pin the California Department of Corrections badge on Jordan as he graduated the CDCR Academy. He loved sharing his love of baseball, hunting, and fishing with his sons.  Traveling to many games together, taking the boys shooting, or getting up early to catch the best fish. The hole left in their hearts can only be filled with the memories of how dedicated their father was to them.

Bill worked several years at the Susanville Safeway.  Always a friendly face, whether as a courtesy clerk, or checking out your groceries.  Bill had an infectious smile, upbeat personality, and a laugh that could brighten anyone’s day. Bill moved on in 1995 to become a California Correctional Officer at High Desert State Prison, where he remained until his passing.  He made many friends and was known as somebody who could make them laugh, and always had their backs.

Bill was an avid fan of the Chicago Cubs.  During any Cubs (Cubbies) games, he could be found pacing in front of the TV, nervously watching every play.  Never a “fair weather” fan, always dedicated in the good years and bad for the team.  He traveled to Wrigley field with his sons to watch them, as well as many other venues to cheer on his favorite team.  Seeing Bill in Cubs fan gear was to be expected if you ran into him around town, rarely without his signature Cubs hat on.

Bill is preceded in death by his Father, Loren Whitcome in 1998, and Mother Joyce Whitcome, in 2019.  He is survived by his sons, Kyle Whitcome of Las Vegas, Nevada and son Jordan Whitcome of Susanville, California.  Brothers Paul Whitcome and Dan Whitcome, both of Susanville.  Nephew Ryan Whitcome, and nieces Amanda and Emily Whitcome.  He was due to become a grandfather to grandson, Maddux William Whitcome, due October 1, 2021.

A Mass of Christian Burial will be held July 31, 2021, at 11 am, Sacred Heart Catholic Church, (120 N. Union St. Susanville) with interment to follow at Diamond Crest Cemetery.  A luncheon will be held at Monsignor Moran Hall proceeding the Mass.  Potluck donations are welcome for the luncheon, and may be dropped off at the hall before or after the funeral Mass.  The family asks friends and family to wear their favorite Cubs gear, or red and blue.  A gesture that would make Bill smile and signify his memory. In lieu of flowers, it would honor his family if donations could be made in Bill’s name to Susanville Little League, or the Lassen High School Baseball program.